Montreal is a crazy town to me, somehow perpetuated by the ideological differential between French and English Canada.   For instance, on the way home from Bianca’s last night there were six CRT TV sets out on the curb on our walk home.  Today wasn’t a garbage pick-up day nor was there some sort of special TV collection in progress, just six sets soaking up sidewalk and this didn’t seem odd until I pointed it out.

Adam and I stayed in Richard’s basement and Adam was roused by the Kallos’s dog, Lucy. 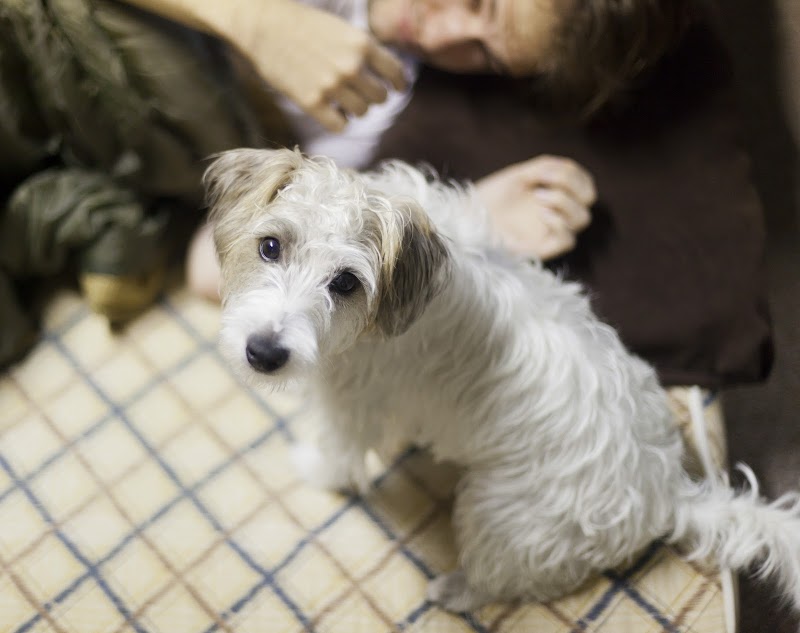 Lucy is a friendly dog, and upon being licked awake a second time Adam yelled “WHY ARE YOU STILL LOVING ME”.  Breakfast was a mishmash of eggs, Pacheco’s chorizo, smoothie, and bacon and most of us did our fair share to make sure everything was eaten. 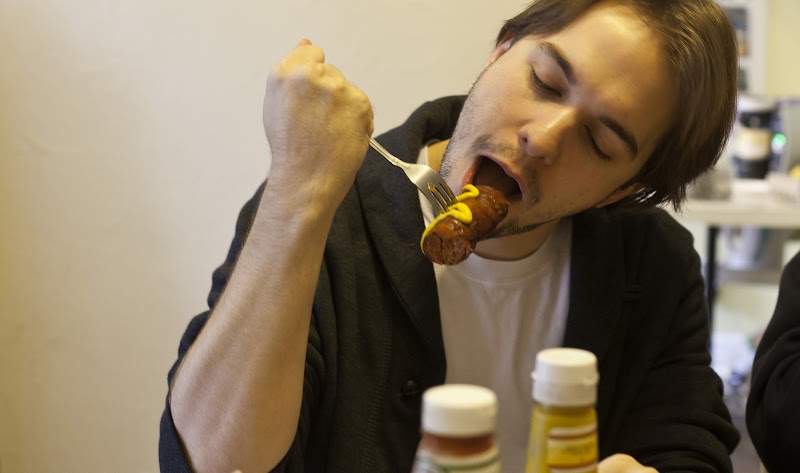 How a Sausage Should be Enjoyed 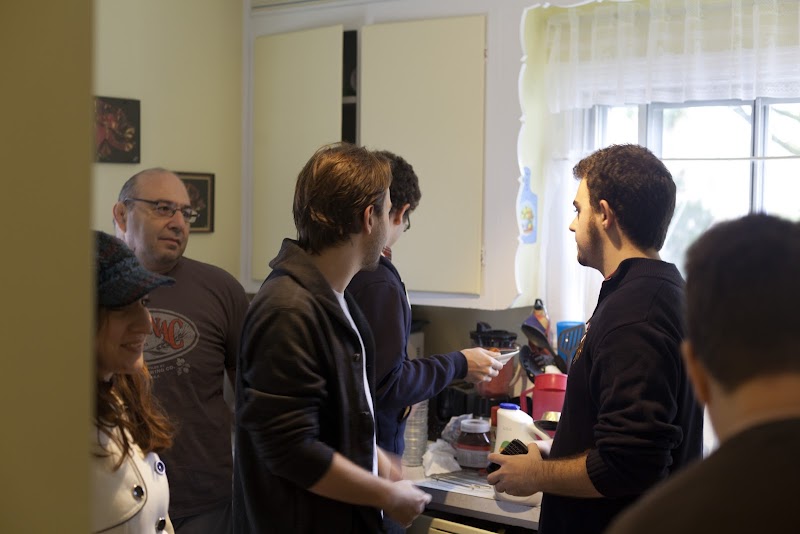 We met up with Brian and Andrei at a Metro stop and Bianca departed to attend to some things.  Andrei and Alan were both more talkative than during our first meeting and hearing what there were up to was pleasant.  We returned to Alan’s before getting lunch. 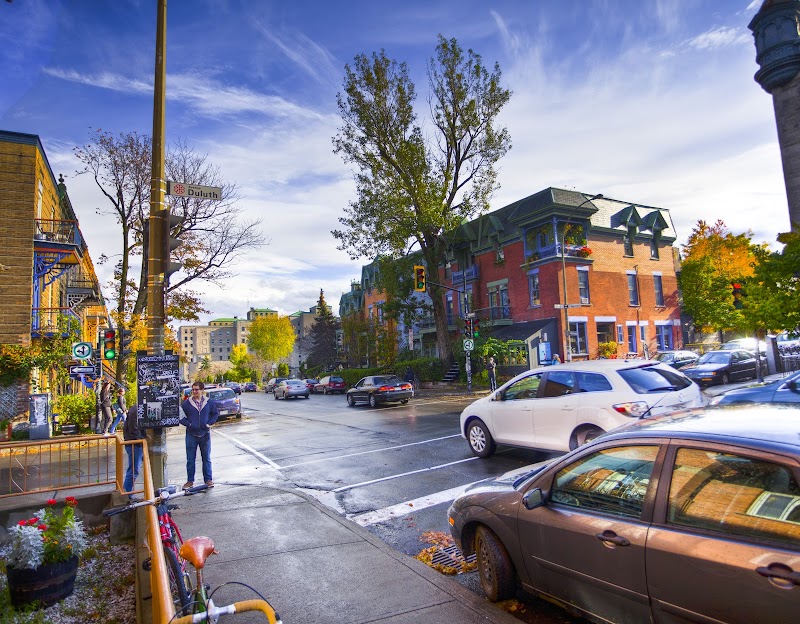 I had assumed that poutine was the specialty of Montreal when in reality it is more of a provincial food.  The local delicacy is smoked meats, and this we had in spades: 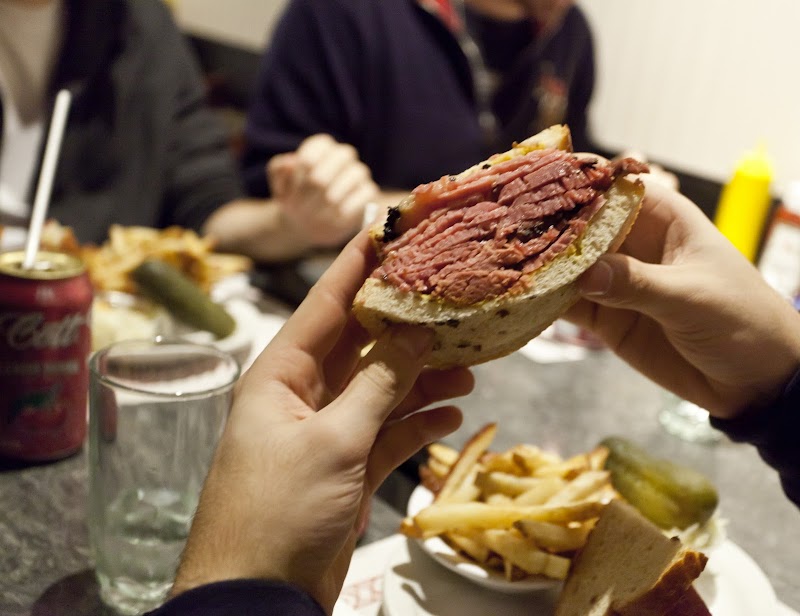 Maybe Philadelphia has spoiled me, but I found it unremarkable.  The smoke flavor was weak and the flavor of the meat itself was buried under mustard.  I finished mine, and the rest of Brian’s, and the rest of Bianca’s (maybe it was good), and we again returned to Alan’s. 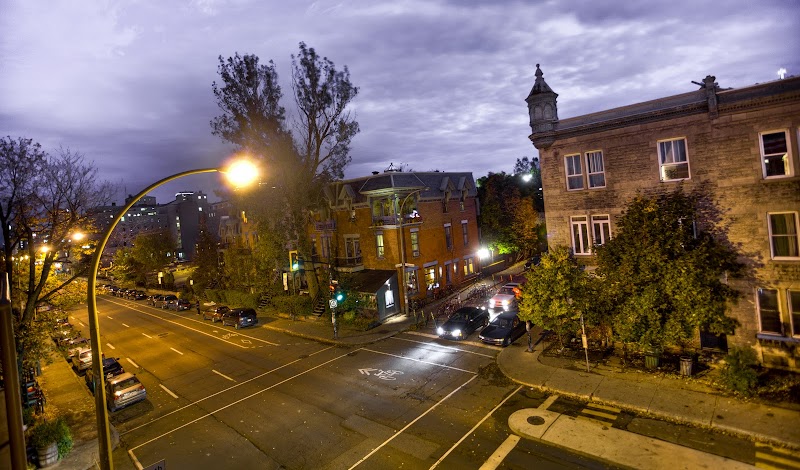 Time passed to the perennial favorite of Super Smash Bros where my utter gracelessness with a control over keyboard + mouse rendered me useless.  As sun set, we decided to climb Mount Royal.

Alan’s apartment was about a 1/2 mile from the foot of the “mountain” and I moved slowly taking photos.  There were a dozen searchlights pointed at the clouds illuminating the overcast night and for what reason none in the party was sure.  After crossing McGill university we set up the unlit roads toward the peak and I was very glad I had a continuous LED light that I use as fill flash for video with me as we otherwise had no form of illumination.  The climb to the first of two observation levels was long enough that the group separated into two groups, Richard and myself and then everyone else.  I hadn’t before realized that thinner than me didn’t mean fitter than me and I was happy at the pace I kept.

The view of Montreal from the main belvedere provided a “hey, do you remember that?” 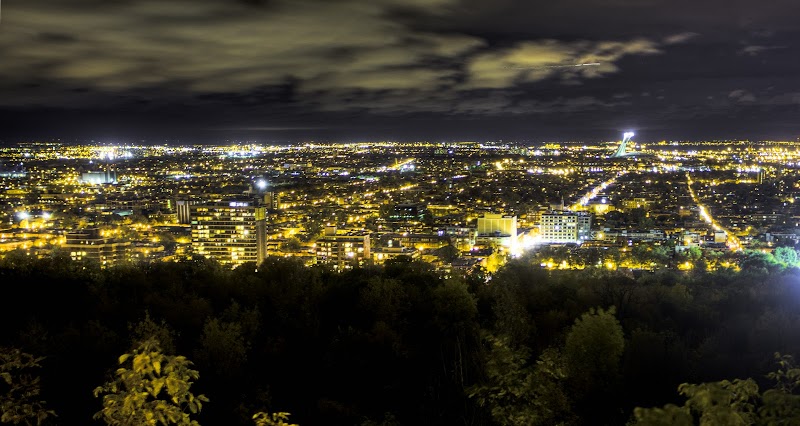 The weird antennae of light to the right is what remains from the 1976 Montreal Olympiad.

At the top of Mount Royale is an illuminated LED cross which we decided to see if we could reach.  There was much fencing but we found a break in it and started going up.  The top-most point wasn’t occupied by the cross but by an antenna station that was reachable via a fenced road or the network of foot paths and switchbacks we took.  Having gone so far for nothing, we celebrated the discovery of a puddle. 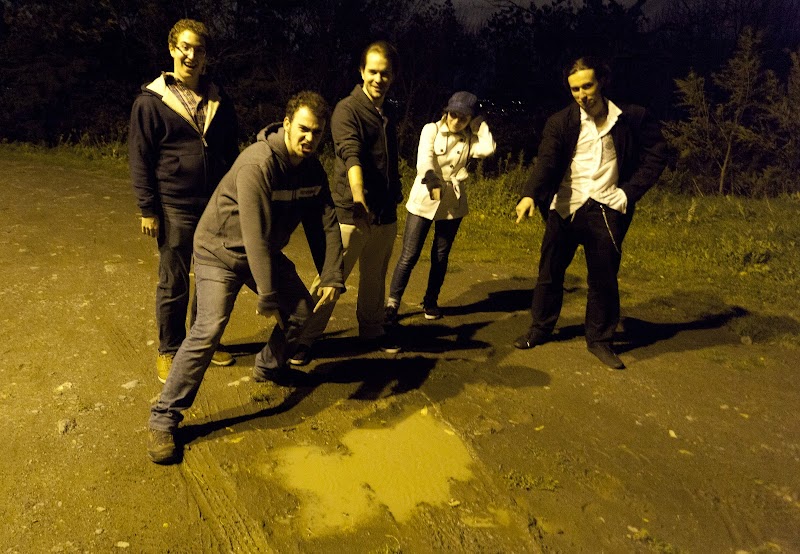 We walked a ridiculous amount to the top of Montreal. When we got there, nothing of interest was present so we assumed the mountain protected this puddle.

Oh yeah, then there was the cross. 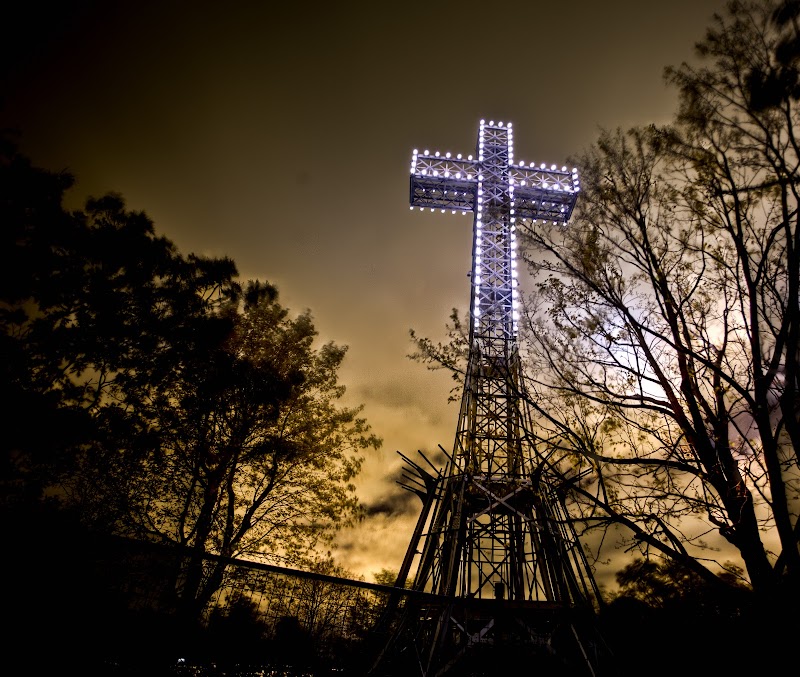 Top of the Mountain

We stood near the fence and talked about how TF2 had changed over the past three years, a juxtaposition I found novel.

On the way down, rain began to pour and after about 12 miles of walking today we wanted to eat again.  We walked towards Frite Alors! against a deluge where again the different parts of Montreal came to light.  St. Catherine’s Street is probably the main artery and had dapper but dully dressed Anglophones on one side of the street walking with their umbrellas and much more daring Francophones on the other side darting through the rain without so much as coats in many cases.  I was fine with the combination of water, running, and cocktail dresses.

Poutine is the closest I’ve found to soul food when traveling, combining salt, fat, starch, and warm in a serving environment where one only requires a fork.  Ours were served in bowls although a trough may have been more appropriate.  I will miss it.

We dropped off Alan, and then unwound the evening at Richard’s watching Community.  Since I enjoyed the show, it should be cancelled soon.

Thank you for having me, Montreal.  It was fun. 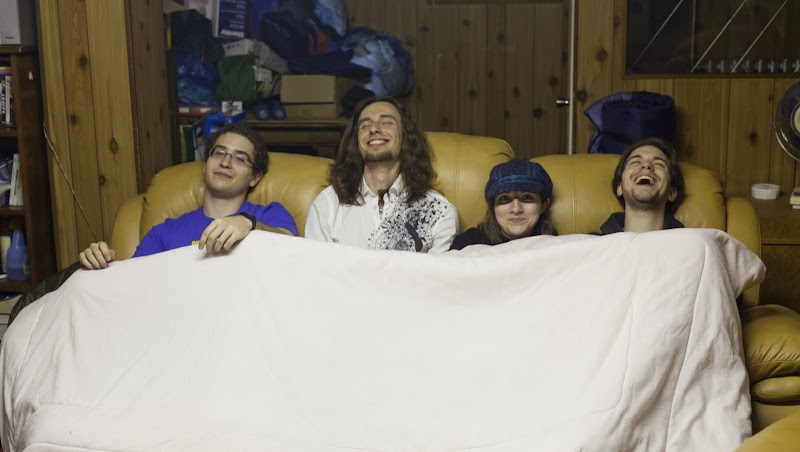