Leaving Montreal proved difficult, mostly due to a CF of construction.  Almost all East-West highways were closed around the bus station where I needed to deposit Adam so he could return to Toronto.  Diligence won out, and after pushing the “Detour” button on my GPS five times, Adam made his bus with seconds to spare.  I headed south towards Burlington, VT to meet Braedon.

Burlington is a “Why Does This Exist” town for me noted for having expensive shops that people buy things from because they’re expensive and with a faux-folksiness that may be less than skin deep covered in a veneer of chocolate and maple syrup.  David Sedaris was performing that night in a local theater and for only $75 I could have seen it.

Braedon is a college kid and comports himself as such.  We had a lunch of Chinese food in a mall food court and my “is there anything neat around here?” was met with a shoulder shrug. 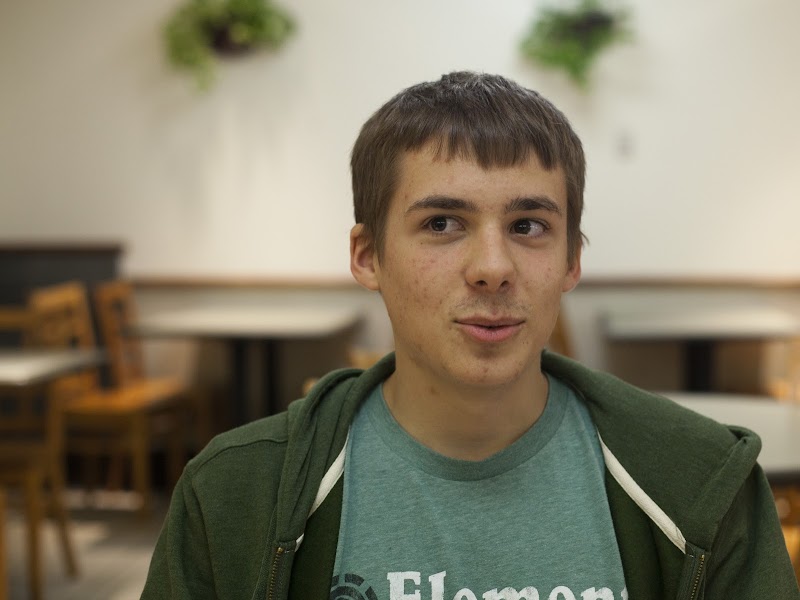 Braedon looks to the right

The neatest thing we found 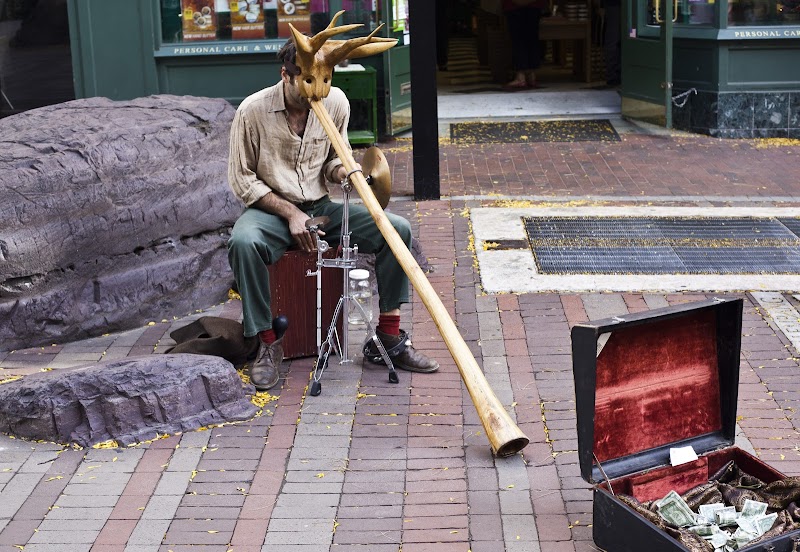 A performer... of some sort.

We walked to the quay, I took a picture for some visitors, we walked backed from the quay, we walked around Main Street, I purchased fudge, I departed.

Thus ended my time in Burlington, VT.  It was nice to meet Braedon but I found the area otherwise uncompelling.  It was designed for those who are not faint of wallet and without the draw of boutiqueness I am hopeful that it will be crushed under the boot heel of Amazon.com soon.  The one saving grace was the large number of people walking really big dogs.  I like big dogs.

Driving south to Albany was the Vermont I wanted to see.  Fall’s palette was vast and warm.  Hay bales were arranged to make animals.  Scarecrows were all smiling and several held glasses of wine.  Every shopping center had one vacant store and the whole area had a dilapidated dignity that said “we were once great but are ok with not being that anymore”.  I hope I face death with such dignity.

BADASS HDR OF A QUAY 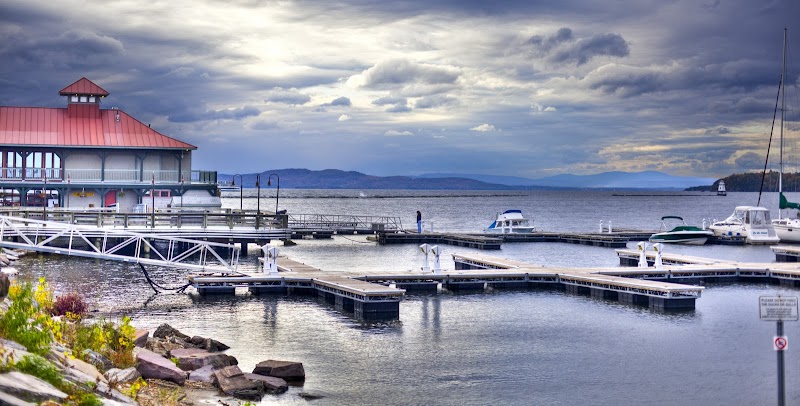 I have a fixed version where the mountains don’t look like they’re phasing out of spacetime but have yet to upload it.