Todd, Joe, Dylan, and I are getting together tonight for dinner at Christine’s in Yardley and for some reason I thought I should get my oil changed. Â I stopped by STS, was told it’d be about an hour before they could service my vehicle so I walked to the Neshaminy Mall to get lunch. Â On the way there, laying on a ledge by Wal-Mart was this: 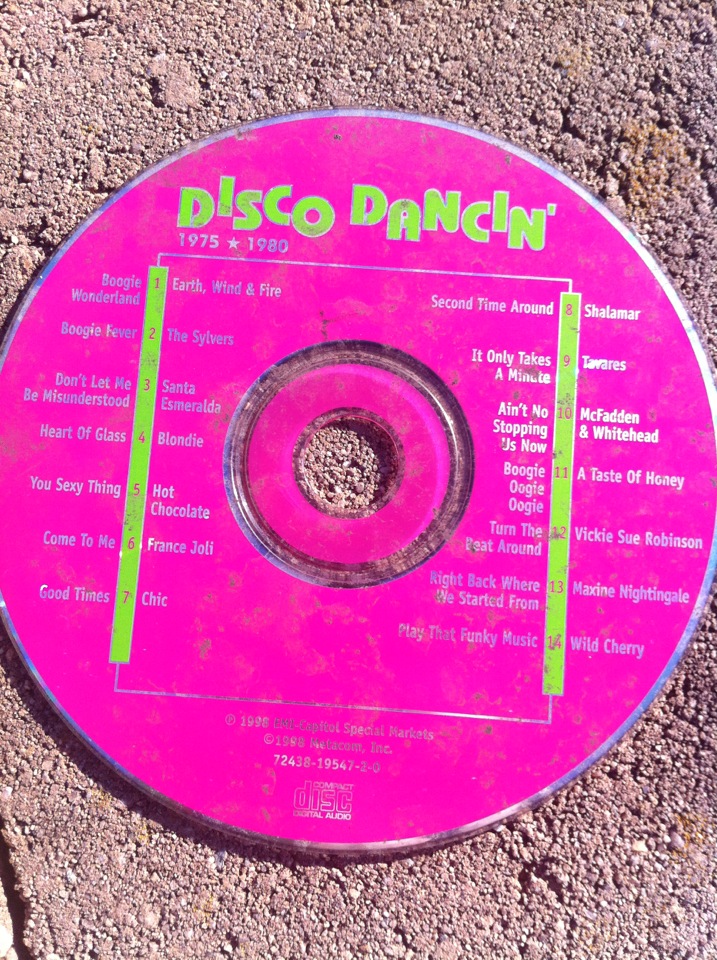 It’s not every day you walk by the solid gold hits of the 70s.

I was feeling pretty jazzed about this as a reward for walking instead of driving but this was balanced out by someone throwing a Slurpee, a frozen drink sold at local convenience stores, at me on the walk back to STS. Â I wasn’t hit but I did get considerable splash on me and looked forward to having to pre-rinse out the orange food coloring. Â There was the off chance that the driver could have simply not known I was there and was planning on throwing his gauche symbol of consumerism across a lane of traffic anyway but I think he was gunning for me. Â I was miffed, had my knife in my pocket, and his car was stopped less than 100 feet in front of me at a traffic light. Â I declined slashing his tires but would like to think I would have if his F 150 were equipped with TruckNutz.

Back at STS, my oil had been changed and rims repaired, and I drove home with a noticeably smoother ride and smelling of citrus extract. Â Dinner was excellent and the company equally so. Â I hope the boorish knuckledragger who deigned to turn his philistine potation into projectile had a nice even of fighting with his baby mama over who’d get to watch their stories. Â Lackwit.