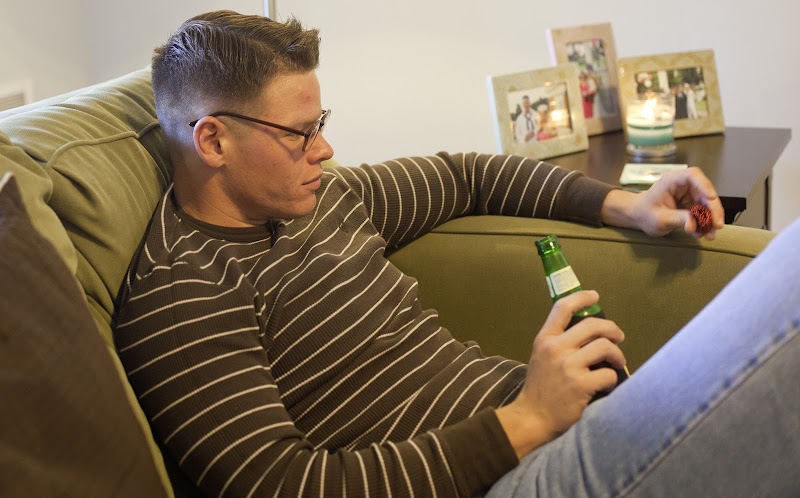 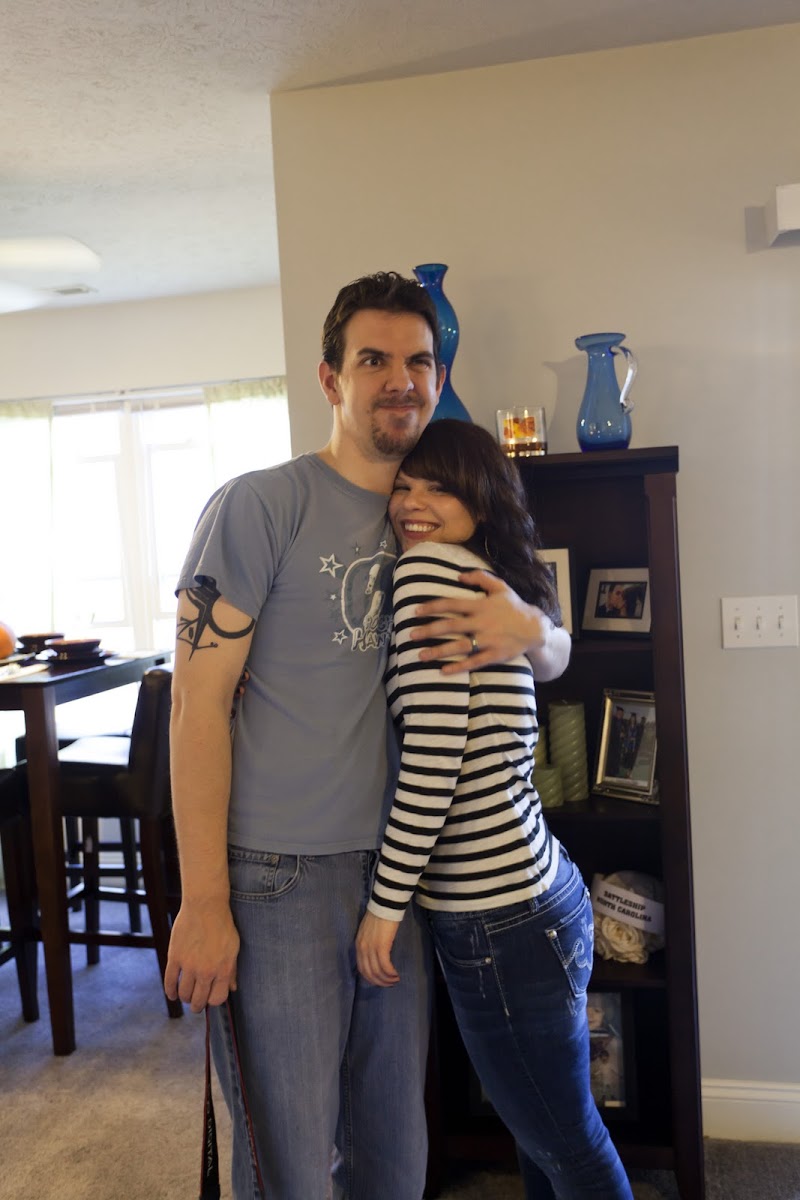 Chris and Christine, my hosts.

<Picture of me not found>

I slept in after getting a message from a friend that he wanted to be my valentine. Â I showered, broke the curtain rod, kludged it up, where upon it promptly broke when Jon then showered.

Dinner was a full standard deviation better than most Thanksgivings I’ve had and the sweat potatoÂ casseroleÂ was hardly theÂ emeticÂ I expected; I normally hate sweet potatoes.Â  Christine told me that the casserole is a way to sneak a dessert into the main course by getting brown sugar and pecans into the human body as efficiently as possible.Â  I support this wisdom.

During grace, we each listed what we were thankful for, a ritual that is not totally alien to me but here I was thrown off as it was genuine with a patina of homespun simplicity Ralph Lauren would burn down a church to achieve.Â  A sample from a traditional Robinson family statement of thanks: I’m thankful that the IRS didn’t pick up on how ridiculous my vehicle expenses were, that I got away mailing so much stuff as media mail when it should have been parcel post, and that EZ-Pass prices have not increased.Â  Chris, Christine, and Jon listed the loved ones in their life where as I listed my car and giant printer as my key pieces of thanks.Â  Apparently one should mention material possessions at such times.Â  Not to say I am not thankful for my family,Â  good health, stable job, friends, coworkers, general inclination of humanity away from violence, etc but those things are givens to me in a way that neither printers nor especially cars have been.Â  Remember, I was abandoned at school for my first day of college when I could find the pair of pliers required to properly jump the station wagon I was driving, and that was the sixth car I had driven in the previous 18 months.

We retired to the couches, made things out of Bucky Balls while watching A Charlie Brown Thanksgiving.Â  I felt antsy and asked Chris to go for a walk with me.Â  For next year, I will say I am thankful for friends that don’t tire easily as our “stroll around his apartment complex” covered 5.6 miles.Â  Oh, and I’m thankful for my Fitbit pedometer.