Manhattan, like ancient Jericho, is a city with a perimeter that one rises into. Â One climbs into midtown regardless of entry method with the possible exception of helicopter. Â Some routes into DC do this in contrast with say Baltimore or Chicago or Philadelphia where one often descends into the city square like Dante’s Pilgrim entering Dis. Â Not to compare Philadelphia with a literal hell but I do think there’s something to be said for perspective. Â The rest of New York City can act like anÂ abattoir as it grinds you down. Â I experienced both the first and second type of entrance as I headed towards the wrong 112th street and then had to enter Manhattan from a low-slung eastern bridge. Â We circled Whit’s restaurant, he jumped in and we sped towards Target, the suburban outpost, where Wanda would stay for the next two days.

It was good seeing Whit again, and it took us a bit to remember how to talk to one another. Â In his eyes, I’ve achieved some sort of success and in my eyes he’s achieved some sort of timelessness. Â I an envious of his ability to live in a seeming perpetual now that he fills with his attention in a way my constant state of semi-distraction seems never to do except during argument or intimacy. Â Suzie had found a ramen place she wanted to go to that was almost textbook hole-in-the-wall and we all benefited from her investigations. 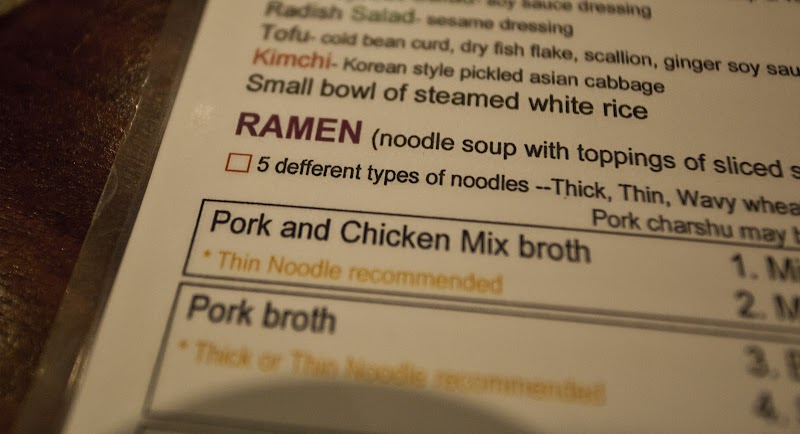 Ramen is an example of “anything becomes deep on inspection”. Â While the dish is notionally “Chinese noodles + broth” the variants are ridiculous. Â Wars have been fought over Minca Ramen’s non-canon tea-boiled eggs vs. Hide-Chan’s broth and in this war no one loses.

Here is what I was served: 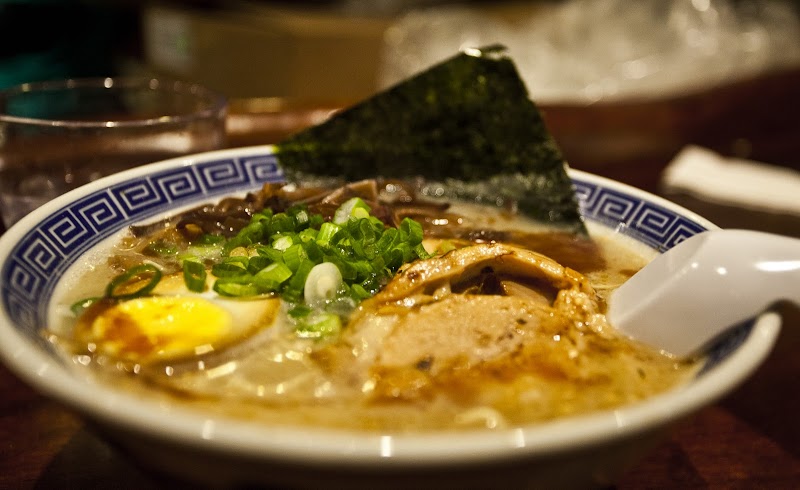 I got what I can only describe as an obscene amount of it on me. Â I slurp in a way that Asian lips, or any civilized person for that matter, don’t seem to and smiled at being able to hide my graceless among the rain drops on my shirt. Â The broth was rich, the pork represented the Platonic ideal of tender, and the noodles themselves were devilishly hard to eat. Â This bowl showed to me that every culture has its soul food.

Back out in the rain we walked around the new-community-a-block areas of SoHo, past The Big Gay Ice Cream Parlor, a store dedicated the Golden Girls and misrepresentation and a statue of the Predator made entirely of recycled motorcycle parts. Â It’s like the city is so dense that ideas buckle under their own weight and the springs of the mind’s machinations bear our own insanity unto us. Â We walked, and walked some more and stopped for frozen yogurt. Â They had egg nog yogurt, which I sometimes like, and I placed a drop in my bowl. Â I had it, was unimpressed, and filled the bowl with other flavors. Â Ever damn spoonful after held the taint of that cursed egg nog like theÂ trichloroanisole that causes the cork taint that can destroy the finest wines. Â Ugh.

We kept walking and on the way back I got a nice picture of Suzie. 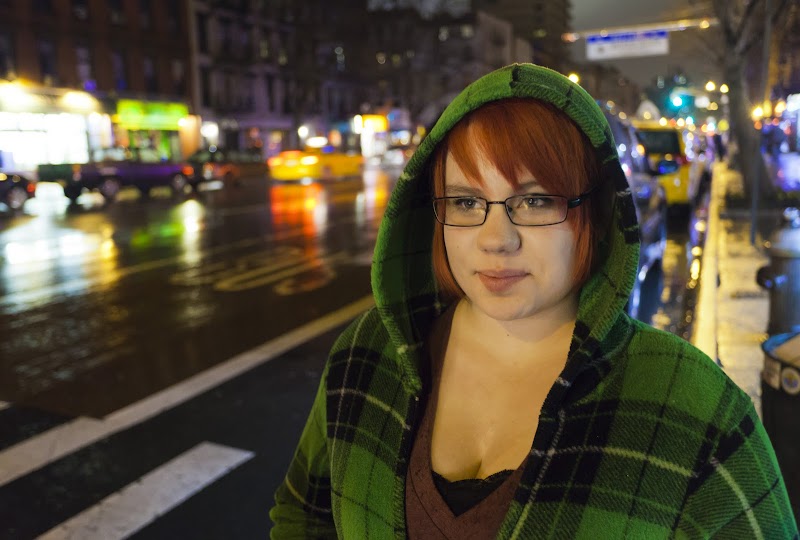 In white balanced light her hair against her jacket brought watermelon to mind. Â Another example of how she’s a harbinger of kaddosh somehow made flesh.

Back at Whit’s we played board games and Whit and I caught up. Â Very few nouns, a lot of verbs, and midway through this turned into me railing about how long it had been since happiness was the dominant force of joy in my life and it was nice to have Whit there. Â Our good friends make us strong, our great friends allow us to be weak. Â Thank you, Whit and Suzie. Â I inflated my mattress which took up most of the living room and Suzie slept on the futon. Â We were in the city, it was raining, and I was tired.