Whit shares an apartment and his bedroom consists of a bed, a computer, and books that I’ve never read but by authors I really like. Â My book shelves are similar. Â Together, I think we have a handle on Western Literature but only when we can text each other. Â Before he left for work, I watched him play Star Wars: The Old Republic and he force lightning’d bitches like a boss. Â Suzie and I were going to do some sight seeing and Whit went to work after we got classic Jersey dollar-a-slice pizza for $2.00 a slice. 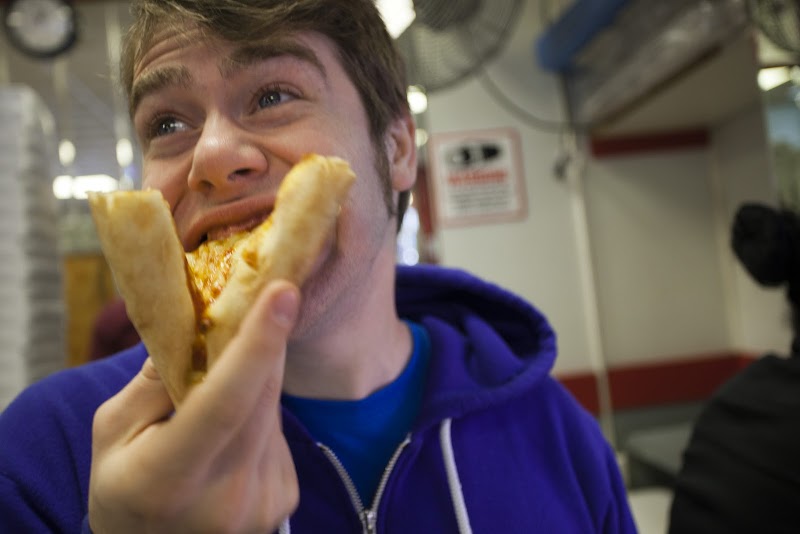 Suzie and mine first stop was at the Museum of the Moving Image in Queens.

This unassuming museum houses wings dedicated to each part of the craft of movie making like set-design, acting, prop work, filming, sound and costuming.Â  The last had a few neat artifacts like the hair from the Bride of Frankenstein. 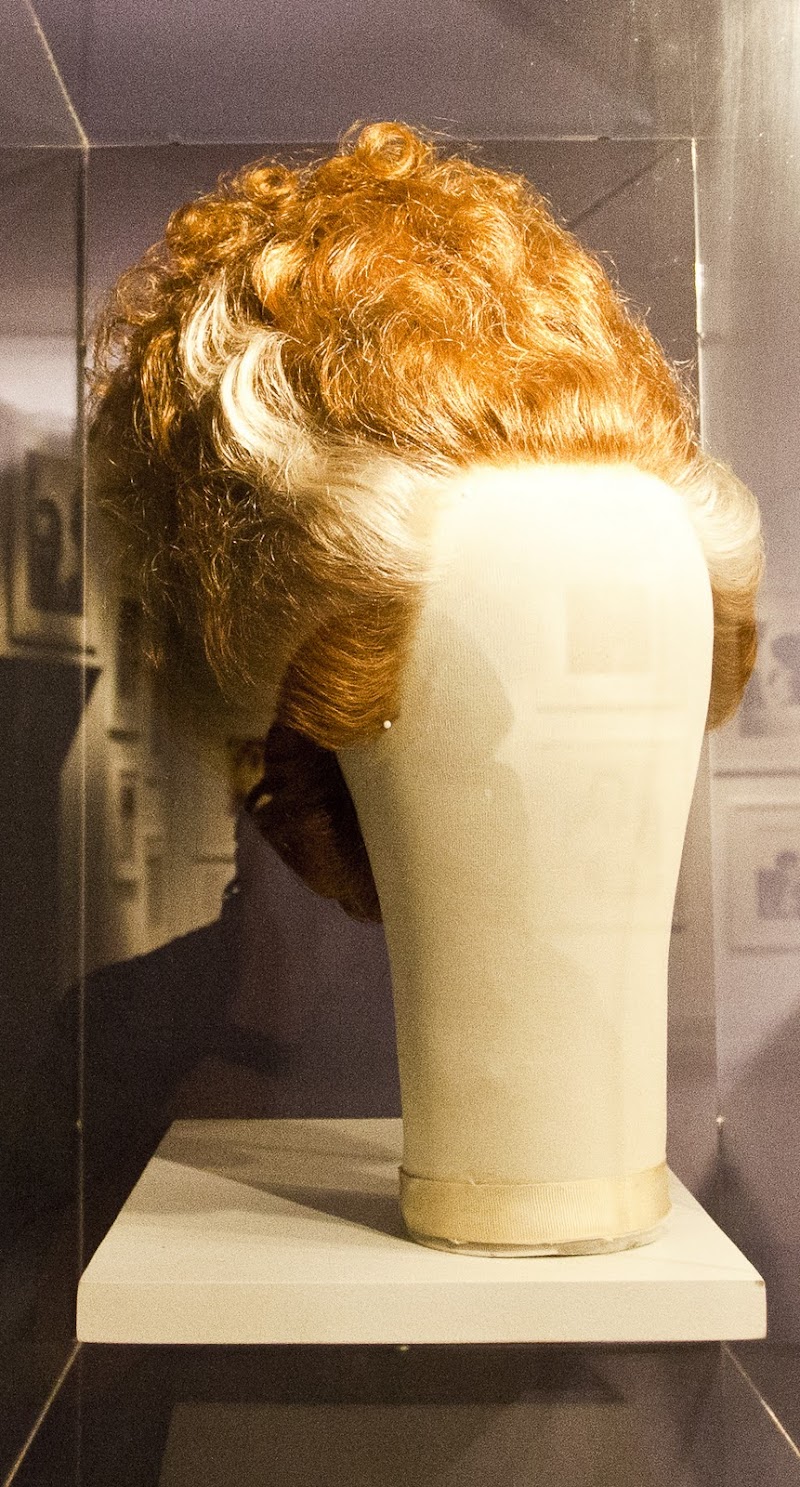 Having only known the film in black and white I presumed the wig would also be such.Â  Nope.

The top floor was taken up with a Jim Henson exhibit which led from his earliest works as a kid through his first animations through commercial work on to his legacy.Â  The man had a creative output that was simply ridiculous.Â  No photos were allowed.

We made our way back to Manhattan and visited Rockefeller which was decked out for Christmas. 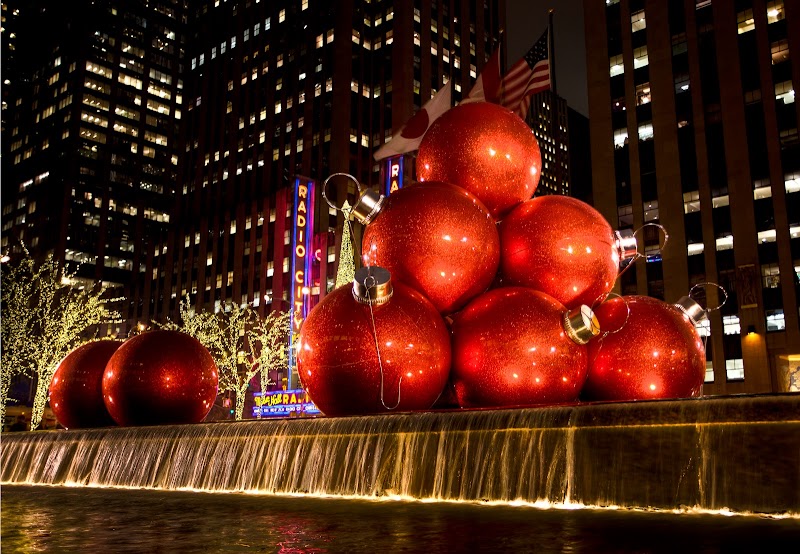 Onward to the giant Christmas tree, World of Nintendo, and Legoworld, each of which had their holiday spin.Â  At World of Nintendo I took an obligatory peace sign shot but it was far away using a 200mm lens.Â  No one at all thought I was being creepy. 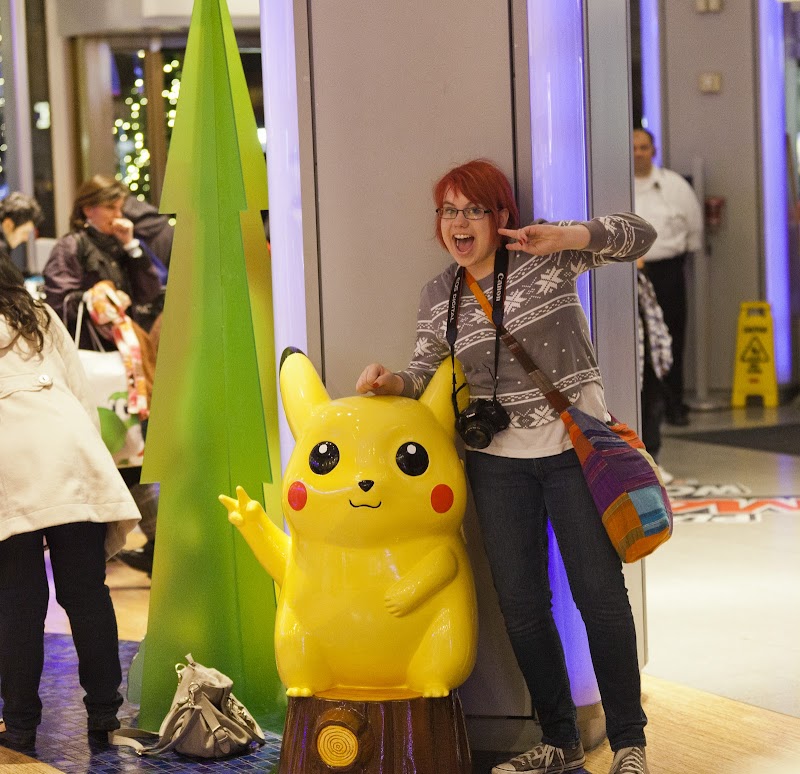 I Was Forced to Take This

I had hoped to get a Christmas concert while in New York and there were a few but various things held us back.Â  My favorite impediment was that the Lincoln Center Concert (always travel with a pair of slacks and a tie) came with a free candy cane martini which required showing ID and that ruled out Suzie.Â  At Time Square there was a wandering church group that was singing.Â  We ran into them a few times and we shuffled about the Square.Â  I will consider them my Christmas concert.Â Â Â  I also got what is probably my favorite pano of the city as well.

Our pen-ultimate stop was the main branch of the New York Public Library forever guarded by the lions Patience and Fortitude.Â  Inside, someone had apparently made a large donation and their name was being immortalized in a marble block.Â  I had no idea that marble engraving was still done my hand. 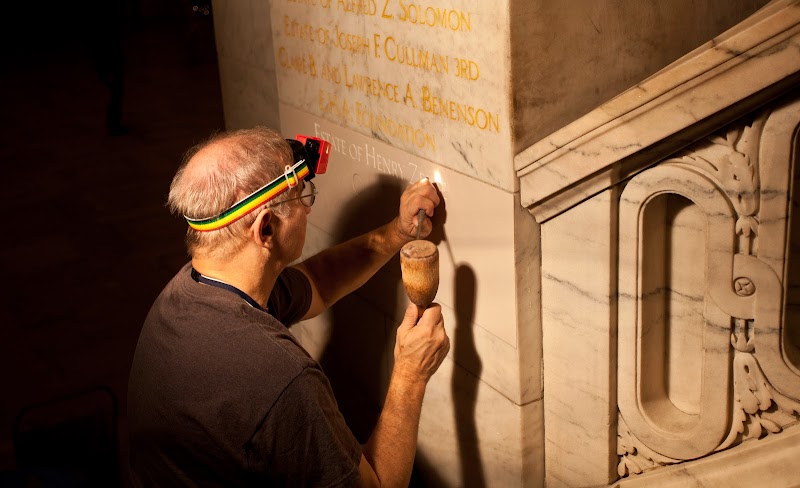 Our final stop was to see a movie, Sherlock Holmes: A Game of Shadows.Â  Not bad.