Today I will drive from home, to Philly, to Cincinnati, to Decatur, to Chicago with possible help from someone with no real distance driving experience.Â  I agreed to the Decatur stop without much thinking and had forgotten that Decatur is only the way to Chicago, but from Missouri, not Ohio.Â  Not one to break a promise, we scheduled our dinner stop there.

The first four or five hours of driving were uneventful and I was glad Brooke took over long enough to let me nap.Â  I was roused a few times by the rumble AKA “good morning!” strips on either side of the road but these klaxons of driver education sounded less often as time passed.Â  I took the wheel again after about 100 miles and drove the rest of the way to Cincinnati.Â  We picked up Suzie and her tiny hat and continued to Decatur.

After sitting down to dinner, an old man came over to our table and asked me when the rest of my pants would arrive and walked away. 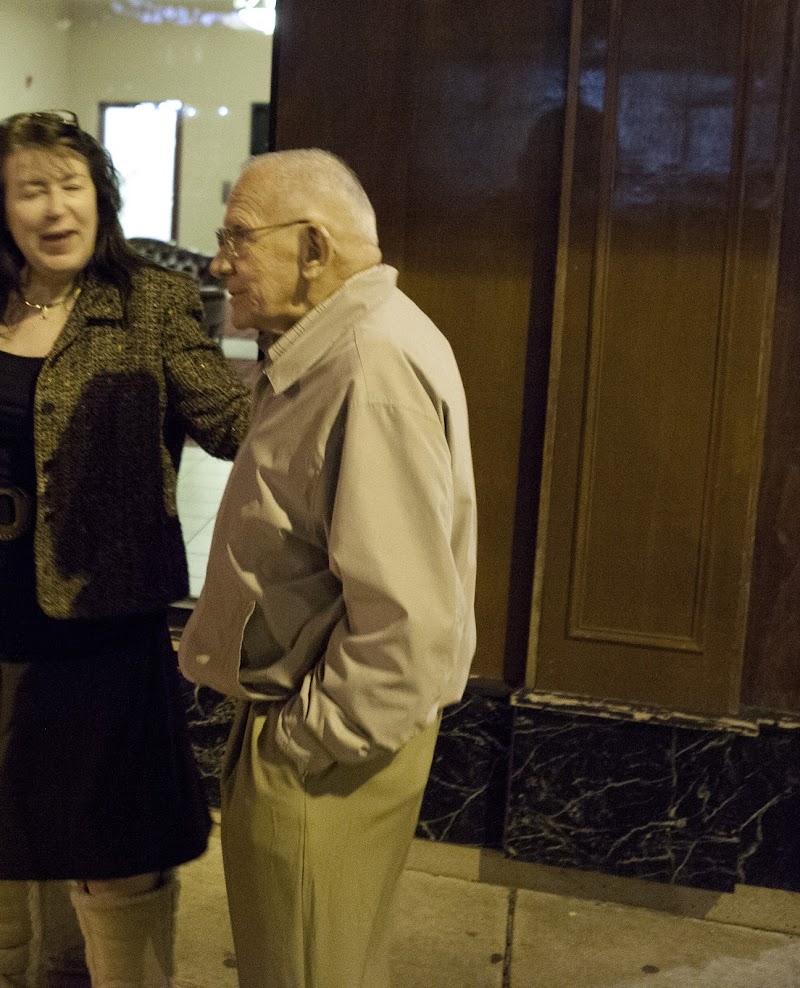 Midway through the meal, I started feeling ill and wonder if it was the chicken salad from lunch fighting with the chicken salad from dinner.Â  I was sweating heavily and cringed slightly at the request to get ice cream.Â  We went to a Dairy Queen that was either on its way to demolition or renovation but was not open regardless.Â  I queried the GPS for ice cream locations and it spat out “Cow Depot”.Â  We went to this stop which was now a laundromat.Â  We found The Dairy Maid on the way back to drop off Aaron and ice cream was had.Â  I drove for a bit more and Brooke took over a few hours outside of Chicago. I woke up a few times on the ride to Chicago and shook and rolled my head violently and the rest of the car probably thought me posessed.Â  Once we landed, I made my way to Peter’s apartment, then his bathroom, then the guest bedroom, then the bathroom, then the living room, then the bathroom and took a nap which proved to last the whole evening.Â  At this point, whatever had lodged itself in the walls of my constitution was fully developed and I learned that projectile vomiting is a lot like riding a bicycle, you never really forget how to do it.