A side benefit of food poisoning is that I got to sleep quite a bit after a few days where I hadn’t. Â I rose for breakfast, made acquaintance with Amelia, skipped breakfast, and went back to bed.

For the afternoon, I wanted to take a tour of Chicago and we arrived at the Chicago Architecture Foundation just late enough to not make one, so we made our own. Â MillenniumÂ Park features an unusual number of public art pieces and is the second leading tourist destination in the city. Â The Cloud Gate reflective bean sculpture is a popular photo spot and I was in no way exempt from its draw.

Suzie wanted to see the Newberry Library and on the way there Ryan was mocked for not wearing a coat yet me wearing shorts was largely unobserved. Â Hm… At a crosswalk, I got separated from the rest of the group and made my way towards the Newberry zig-zagging my way there. Â This was a part of Chicago I hadn’t seen before, the city heart where commerce intersected residency and the buildings were merely nice as opposed to notable. Â Pedestrian traffic dropped off much quicker than I expected once one left an arterial road. Â By the time I was at the Newberry, the streets were largely empty.

They day had turned chilly, so Newberry wasn’t so much impressive and grand as simply warm. Â Their public display was sparse as is expected in a research library but it fulfilled my need for a place to sit down. 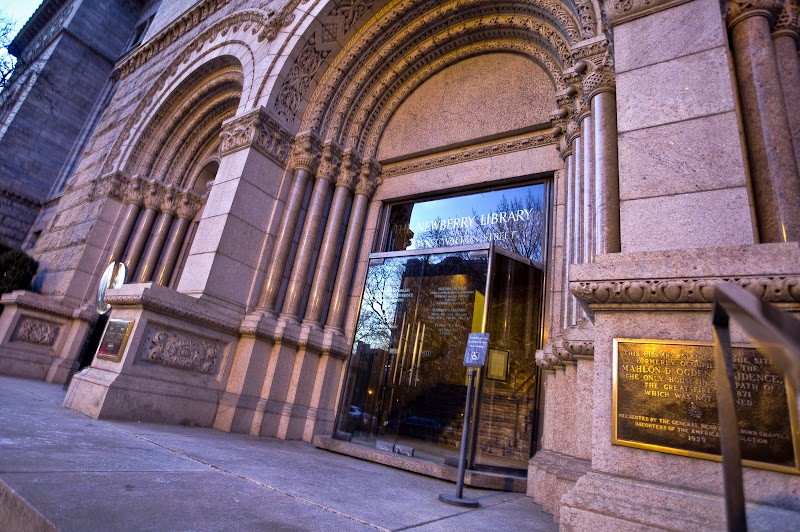 We walked to Amelia’s apartment and a reality was put to a location that had previously only existed as her background in Google+ hangouts and we passed time until we could pick up dinner.

I retired early again, not entirely feeling recovered from what ever had lain siege to my GI tract but I did get a chance to poke at my photos where I found a new favorite.

I like almost everything about it except the part where it gives the impression that I like cars.